I arrived in Sydney in December 1947 and quickly realised that Australian house construction, although very similar to English techniques, nevertheless had a few very rational differences in relation to the different climates.

How to reconcile these with the fresh international modern thinking that my training in Manchester had aroused ? It turned out to be quite easy really – think simply with a sound underpinning of building science which applied almost anywhere but of necessity should be firmly based on the local climate.

Global warming and sustainability concepts were not in the vocabulary or even public knowledge in those days and the Australian domestic vernacular was not worthy of adoption so logic and a simple aesthetic was unquestionably the path to be followed.

Understanding Australian conditions was a first priority, coupled with my relative poverty which clearly led me into building a house for myself – learning by doing – and OB 1 in the DeeWhy quarry was the result – its design being rejected by Warringah Shire Council “as not looking like a house”. However, with moral support from Walter Bunning and Syd Ancher I received approval and finished it in 1951.

Dad had a heart attack around its completion time so I sold it quickly and flew by Qantas Constellation (4 days !) to his bedside (with beneficial result) and finished off the trip by a Stratocruiser to New York, visited Richard Johnson in New York, Walter Gropius in Harvard and Mies van der Rohe in Chicago, then to Berkeley, Honolulu, Taipei, Tokyo, Hong Kong and Darwin to supplement my architectural education.

Then on to OB 2 on top of the DeeWhy quarry which was much more ambitious in structure and appearance, finished in 1956 and sold to 2UE shock jock, John Laws. Just previously (1955) I had designed Peter and Judy Hunt’s house in DeeWhy (see entry).

My interest in industrial design and subsequent meeting with Fred Ward in Canberra resulted in my move to Canberra where a new and exciting era opened up to me not only at ANU but involving Fred’s and my voluntary efforts in our spare time for the next 25 years in initiating the Industrial Design Council of Australia, supported in ANU time by the Registrar Ross Hohnen and the Chancellor ‘Nugget’ Coombs.

The initial architectural direction of my life was also being displaced by the valuable opportunity to show how my latent Total Design interest could operate in the right environment. Other design related areas – furniture, graphics, landscape, plus other new avenues for design expression, such as integrated lecture theatre design, opened up at ANU, expanding my horizons of the relevance of design in everything. The social need for design engagement was becoming obvious to me but the inbred misunderstandings and resistance about design began to frustrate our efforts – even as I write in 2015.

Despite this Pandora’s Box era of my life I nevertheless continued with my root architectural drive in building OB3 – a house for Hilary and myself and (finally) 3 boys at 14 Jansz Crescent, Griffith ACT, Val and Nicky Paral’s house in 22 Brockman St. Narrabundah, Professor Derek Freeman’s house in 5 Daly Crescent, Forrest, Professor Ted Hannan’s house in 8 Penrhyn St. Red Hill and Professor John Miles’ house in Mugga way, Red Hill (now demolished) and the O’Brien/Smith house at Tathra around 1966.
(see entries)

Sometime around 1970 I proposed to the ANU Registrar (P&P) that we build one prototype house to show that solar concepts were a valid step toward low-energy housing. ANU had a housing policy at that time and could easily have embraced this solar concept but it was not supported – complete lack of vision.

My salient architectural achievement, however, occurred around 1973 with the proposal for a 14UD Accelerator tower for the Director of Nuclear Physics at ANU, Professor Sir Ernest Titterton (see entry). Although basically a simple structure the aesthetic impact on the ANU and on Canberra required some intensive aesthetic analysis to extract the inherent beauty from its practical exterior of a parallel shaft with a box on top. Its splined non-rectangular shaft with subtle rounded corners capped by its aluminium cladded ion generating room fills me with some degree of pride at having transformed a physicist’s ugly duckling concept into an elegant swan.

From Jansz Crescent I leapfrogged into building OB 4 at RMB 901 Burra, an experimental wooden framed concept which became a factor in my divorce from Hilary and a home with Maxine from 1974 until 1991 when we agreed that the time had come to return to the Canberra suburbs – to a developer’s house (!) in Shackleton Circuit, Mawson.

I retired from ANU in 1977 as a refugee from unadventurous management, established TADACT in 1979 and spent 11 years finishing OB4 at Burra and designing disability aids.

The Mawson house became an opportunity to investigate a new era of retrofitting an existing house to think about and build renewable natural energy concepts which must logically take place in the developed world to combat global warming. This is the real future of Australian domestic architecture, but the housing industry and politicians do not fully understand the question, let alone the answers.

OB5 was also built at RMB 625 Candy Road, Burra with Ben and Sarah in the late 1980s – a house partially built into the ground with some of my renewable energy concepts included. It helped me develop my sustainability concepts in domestic architecture.

Several other friends were advised at various times by means of sketch designs to help them to owner build their own homes because I had found from experience that the best advice I could give was to point them in the right direction with the basic principles and how they had to be related to the circumstances of their particular site – the Schooneveldt and the Leonard houses and many others were done that way on a pro bono basis.

Around the turn of the century I spent most of my time as Design Coordinator for Nature and Society Forum and for the design of its offshoot the Australian National Biocentre which we planned for the wetlands near the Causeway. This was promised by the ACT Government but never eventuated as the land became too valuable. All my drawings were stored at the NSF building at Weston which was totally destroyed in the 2003 bushfire disaster. That virtually ended that project and my close connection with NSF as my life had moved on to the more immediate demands of retrofitting our Mawson house and developing my concept of southern reflectors (WinterSun) and its offshoot the EcoSolar house concept which gradually eventuated following the retrofitting (see entries). This line of thought resulted in a few books – “Making your home sustainable”, “Climate change means housing change” and “Low energy affordable housing” resulted from all that experimentation on the Mawson house, taking large slices of my available time.

The EcoSolar house for Steve Wootten was my final architectural endeavour in which I acted as honorary consultant. It was mainly to my conception but new technical advances changed a few things during the construction and Steve proved to be an untidy occupant, eventually letting the house to somebody else and so it drifted into a very unsatisfactory state where environmental data could not be collected under effective conditions, so consequently we could not learn from it as we should. It was very disappointing. 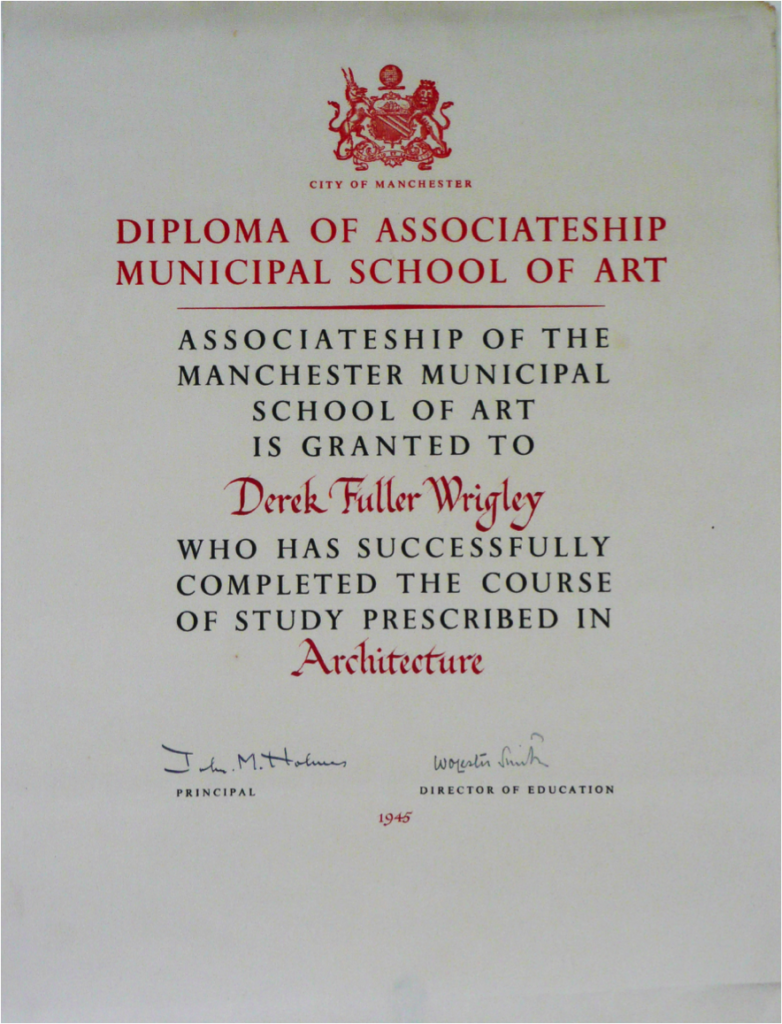 This piece of paper presented to me in 1945 was my passport to a job as a fully qualified architect awaiting the open floodgates of hard experience. I started with Ernest Simister in Yorkshire St. Oldham, at ₤UK2/week, then into the Borough Surveyors’s Department for Oldham at ₤UK10/week, then into Taylor and Young’s private practice in Oxford St. opposite Manchester University where I also started a course in Town Planning and Civic Design at Manchester University. Building materials were very scarce which, of course, limited architectural commissions so Dad said why not try New Zealand or Australia – and here I have been for 68 years. They have been happy, creative and fulfilling years, full of “what if….” moments where opportunity and creativity sparked into reality and usefulness. It was a wise comment and a perceptive and selfless move by Mum and Dad in giving me wings + a special thank you to John Holmes (Dean of the School of Art who recognised my potential) – they were pivotal moments in my life.

Perhaps architecture is ‘the mother of all arts’ after all ? 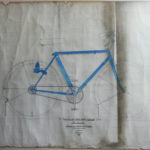 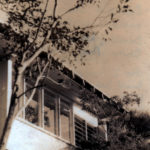 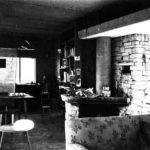 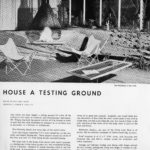 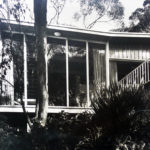 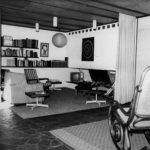 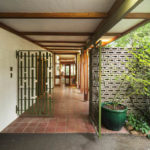 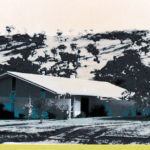 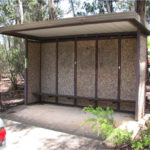 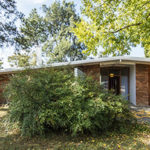 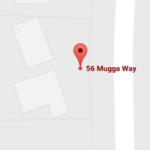 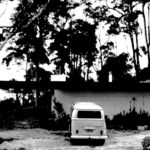 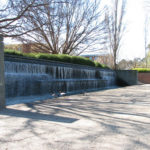 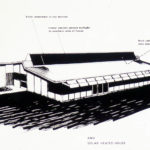 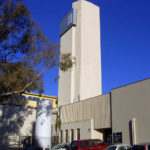 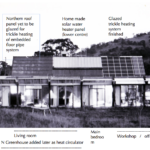 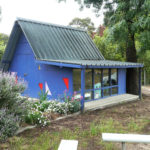 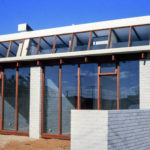 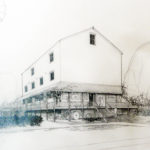 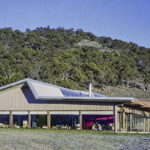 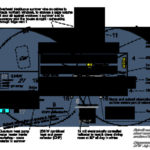 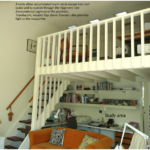 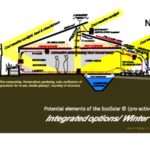 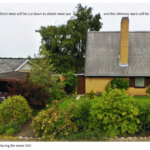