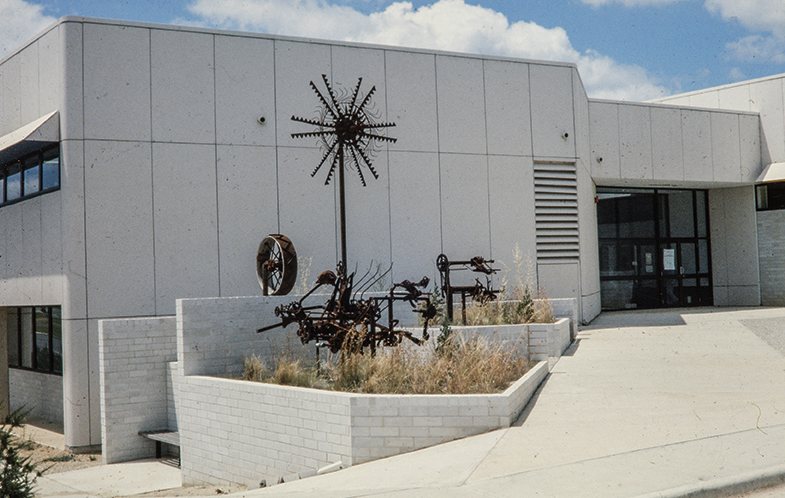 This sculpture has an unusual history. I was originally asked by the National Capital Development Commission in 1976 to see if I could turn a very old (1880?) combine harvester-binder (similar to the photo below) into a sculpture for the Bruce TAFE building in Belconnen. It was delivered to our Little Burra house and stood outside the front door for about a year while I pondered, sketched, stripped down and welded bits together to form 3 related sculptures for a rather awkward site. It was finished and erected in 1978 as in the photo above.

The First installation at Bruce TAFE (above) – four units arranged in an informal way on a difficult sloping site outside the entrance.

The grass was allowed to grow normally as it would have done in the paddock where the combine harvester was found at Emu Plains very close to the college so it was symbolically returned to where it was found. 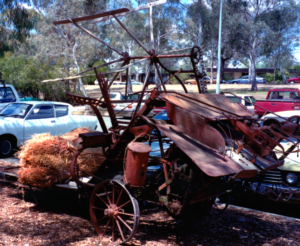 IN THE BEGINNING:
The cutters are in the bottom right corner of the photo (above) and the bundling and binding action was in the centre.  The string bin is clearly seen in the centre just above the wheel.  When operating it must have been a very dangerous machine to be near.

All was OK until around 1992 – the sculpture site was needed for a building extension and I was asked to redesign the sculptures as a gift to Ginninderra High School. A site was selected at GHS and the Bruce TAFE sculpture was dismantled and re-assembled at GHS (below). 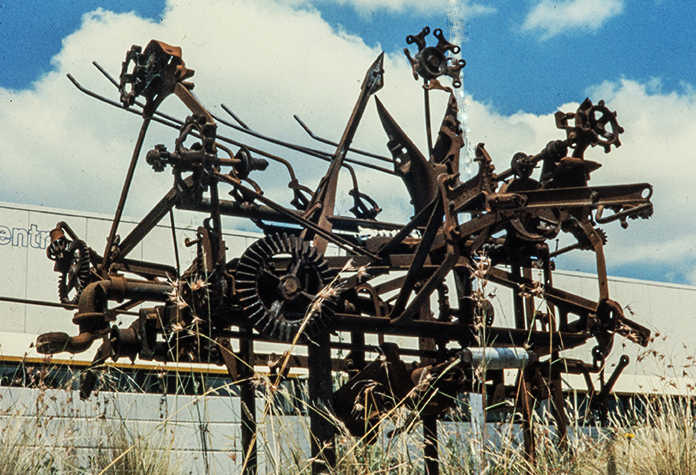 The rearranged bits and pieces formed the front piece

The most dominant element was the ‘star’ made out of the cutters from the harvester welded to the large running wheel behind.

On a hot day in February 1994 Mr Bill Wood ACT Minister for Education opened the ‘second coming’ of the Emu Ridge sculpture at Ginninderra High School and I was asked to say a few words on the events leading up to this association of the combine harvester to the school – I was later told that it was originally found closer to the school location than Bruce TAFE college.

The school already has a collection of other farming machinery so there was a closer association. 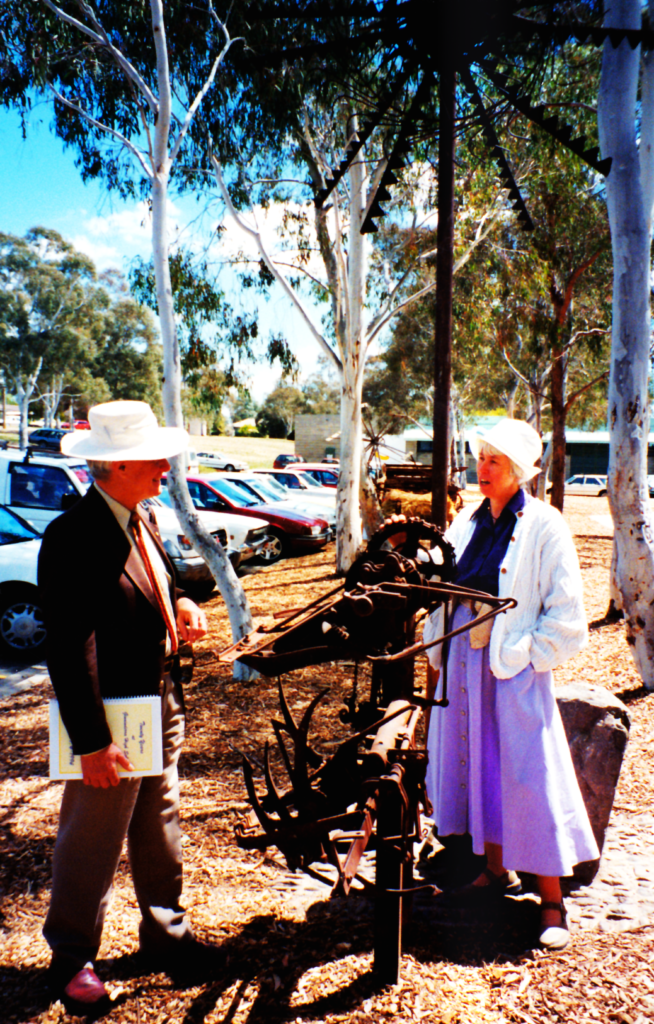 This element of the sculpture shows some of the mechanism which collects the straw from the ground , forms it into one bundle, wraps it with string and throws it out onto the ground for collection.

It is a marvellous mechanism from the late 19th century, complicated to a degree which would make Heath Robinson proud and has survived the weather for at least 140 years.

The ‘star’ element on a separate post was not fully included by the photographer in this photo and is better seen in the previous photo. 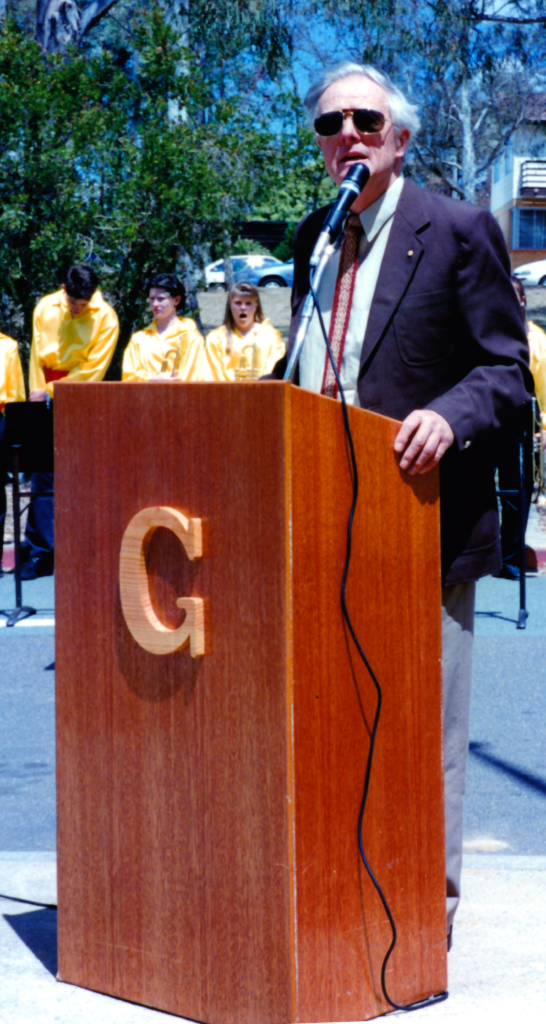