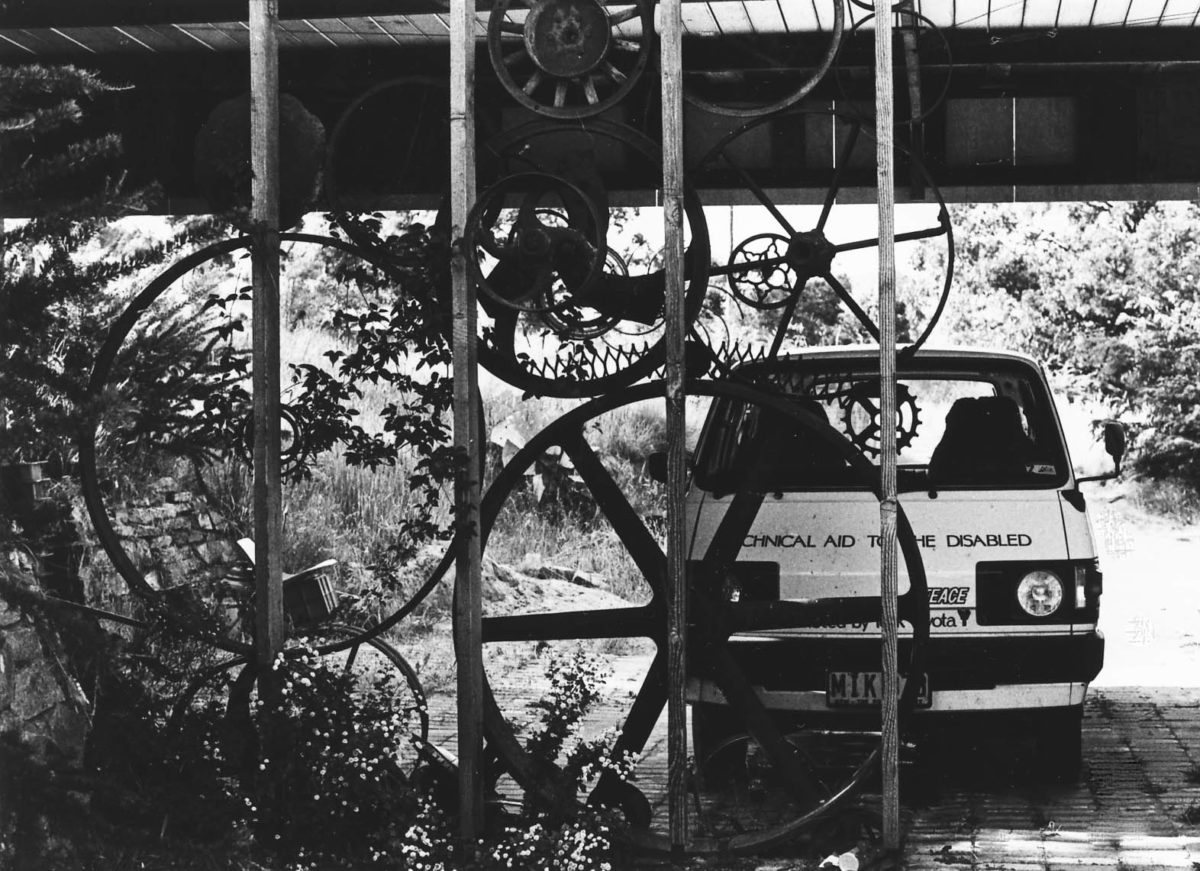 From about 1973 to 1991 I somehow acquired quite a collection of some of the wonderful wheels that made Australian history possible.

Without these wheels from various machines like reapers, binders ploughs, chaff cutters and so on early Australians would not have been able to make their living from such a hard terrain.

Some were plain castings, others fabricated through the blacksmith’s skill and were found locally at auctions, clearance sales as various farms went broke or were sold. 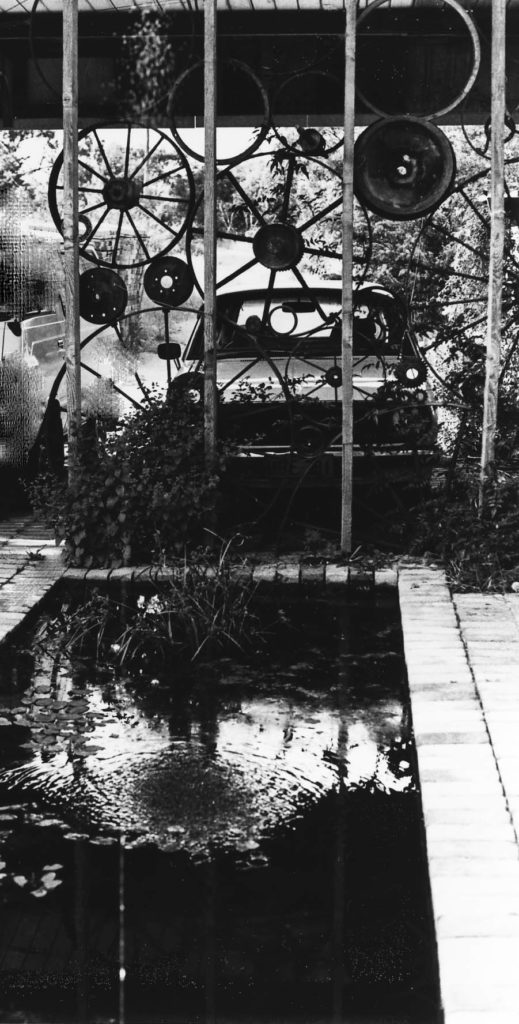 The above patched photos give only an impression of the variety of sizes and weights – the large one in the centre must have been a flywheel / belt drive from a large traction engine which must have weighed a tonne – if it had ever fallen on me I wouldn’t be writing this.

The area this side of the screen was the entry court to the front door of the house, containing two large pools with carp, goldfish, reeds and water lilies – and Ben’s cast bronze sculpture – not seen.