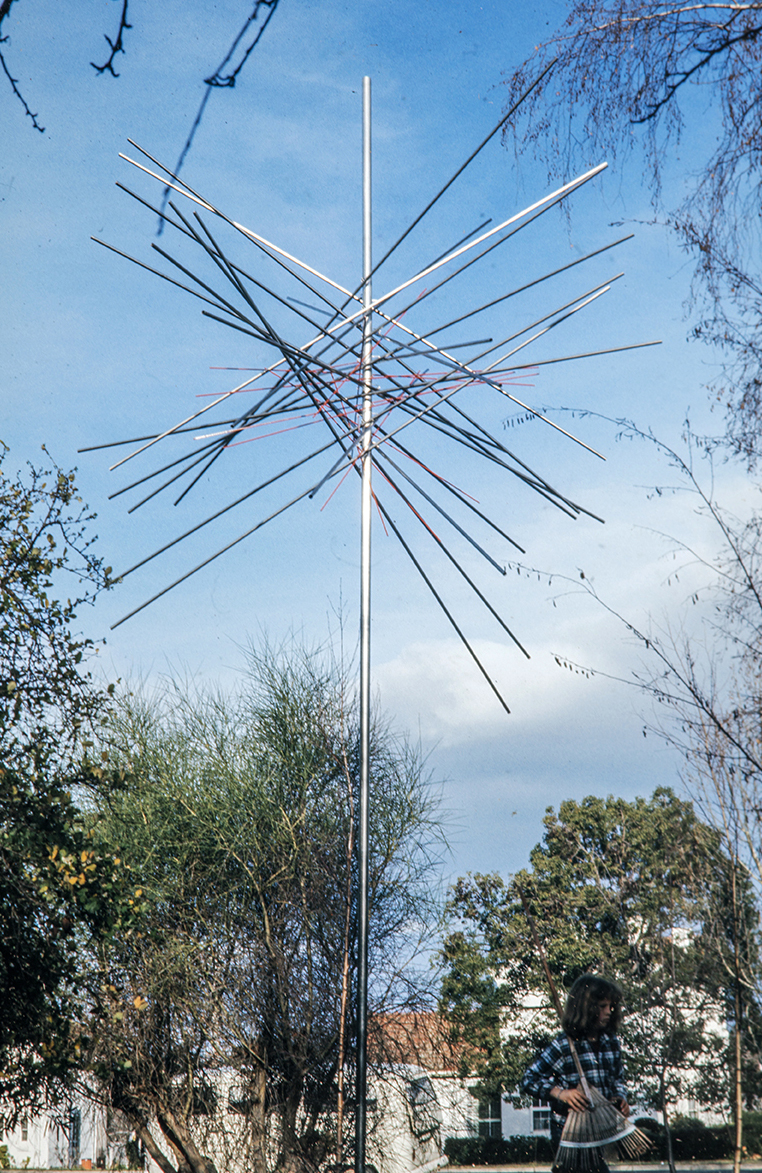 5m high version of the Sea Urchin which Ben helped me erect at a Commonwealth Park exhibition around 1970 and again at Burra and at Macquarie Gallery, Manuka in 1973. The centre column was 50mmø stainless steel and the arms were 20mmø stainless steel x 3m long which were connected to the column by gimbals which allowed them to wave around at random in the wind. Interspersed between the arms were smaller rods about 6mmø x 1.5m long painted bright red

It met a sticky end at Burra when Jenny’s horse was tethered to the column one night. It must have got a fright, panicked and pulled the sculpture over – we found it on the ground next morning.

It had one interesting synesthetic feature – by putting your ear to the column you could hear sounds like the chiming of church bells – quite remarkable – I intended to take a sound recording but never got round to it – having a tape recorder would have helped but today (2016) I suppose a mobile phone could do it – if I had one.

I couldn’t find a photo of it in Commonwealth Park.

Derek putting up the Sea Urchin 1 at Little Burra around 1973 – a bit hairy up there.

The sinuous movement of the spines in the breeze were most delightful to watch – and to listen to as they tintinabulated against each other.

It was about 9m high – until Gen’s horse pulled it over one night.